As a leader, effective communication is your most powerful tool, and a double-check never hurts.

“What we’ve got here is a failure to communicate”

Film buffs and meme watchers are familiar with this famous line from the Paul Newman classic, Cool Hand Luke, about a prisoner fighting the system to his death. The warden makes this speech after Luke defies him (again). The warden strikes Luke and expresses his frustration that Luke won’t do what he wants.

I love this quote when talking about communication because the warden is so delightfully wrong! There is no failure to communicate here. Luke understands and he knows what’s coming. He just doesn’t give a damn.

Now, if you find yourself relating to the warden in this scenario, hit us up. We have lots to talk about.

If you’re not a warden, but still find yourself thinking something along these lines when trying to figure out what’s going on with your team... Let’s unpack it through a scenario:

“I swear I said I wanted it by Wednesday,” you think when you check your email right before bed for a report that’s not there.

But maybe what actually happened was this:

“When do you want it?” Anthony asks, taking notes about your request.

You start thinking about how much time you need to take what he gives you and turn it around, as well as all the other interdependencies that need to fall into place. And you say, “Wednesday?” With a question mark.

Not, “Wednesday.” With a period.

Now, let’s make it worse. Anthony replies, “Sure.” Which sounds like yes, but is most definitely not.

What we have here is a failure to communicate.

Anthony wasn’t in your head. He doesn’t know all the stuff you need to get done. He doesn’t know that you have your own deliverable. Plus, when he said, “sure,” maybe he was thinking about all the other things he’s working on for you (including a huge deliverable that’s due on Thursday). Maybe he thought this request was additive, not a superseding priority.

Your failure to communicate occurred in the spaces between the words, not in Anthony's willingness to do what you want. And unless you run your team like a warden (and, really, who wants to do that?) the spaces will allow miscommunication to fester.

Who’s really at fault here? Is it you? Anthony? Neither?

The key is seeing that there is a tremendous opportunity for you and your direct reports to talk past each other. Taking the extra time to discover the gaps between the words will definitely be worth it.

That way, you’re not going to bed swearing you said Wednesday, while Anthony slept confidently, thinking Friday was fine. 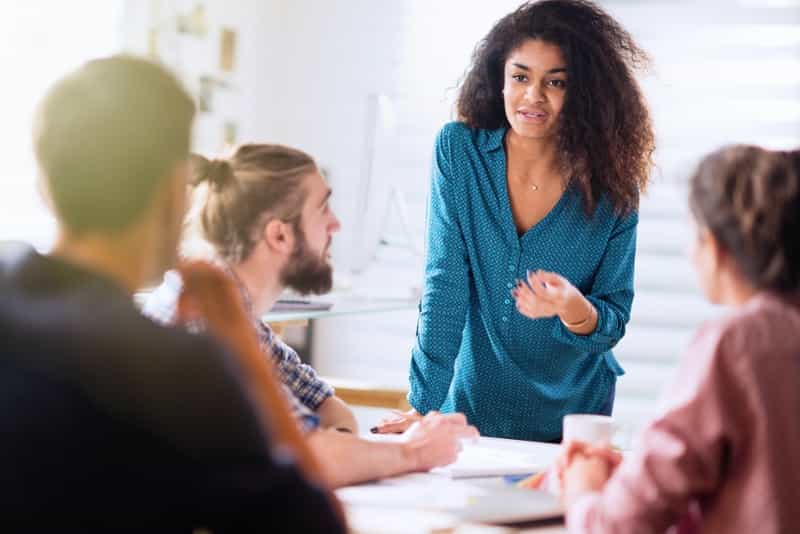 Whenever you ask for something, before you walk away, do a Deadline Double Check.

Simple is best. Just say, “let’s do a deadline double-check.” If you make this a routine (think call and response) your team members won’t think twice before repeating back to you what they think a deadline is. And if the deadline isn't right, you can have the conversation right away. Never after your deadline has passed.

Aligning team goals to company strategy makes for clear priorities and healthier teams. The pace of change is faster tha...

The importance of building cohesive and inclusive teams is a hot topic in the world of leadership development.

There are three essential parts to effective communication within a team. Putting these parts in place reduces each team...