Just do it the way I told you: What the lack of safety really costs

“Psychological safety is a belief that one will not be punished or humiliated for speaking up with ideas, questions, concerns, or mistakes.”

When I was fresh out of college I started a job at a financial services firm. My job was mainly the back-end administration of retirement plans that relied on software and a lot of manual workarounds. This was pre-Y2K. So, you know, the dark ages.

In my first week, my supervisor “trained” me to execute a two-step trade in an account that the computer system took all night to update. (Pre-Y2K, remember?) In a nutshell, here’s what should have happened:

“WAIT A MINUTE!” my eager, fresh-from-college brain exclaimed as soon as I saw this. “The amount on the second night is always WRONG because it’s being calculated on a smaller amount!” The Night 2 transaction was underfunding the 2nd distribution.

I gathered my paperwork and walked over to my supervisor’s cubicle. (I’ll call her Stacy. If I used her actual name, you'd say my characterization was too on the nose.)

“Stacy,” I said, knocking on her partition.

“Yes,” she said, not looking away from her computer.

“I have a question about these two-part transactions.” At this point, “Stacy” began a pattern I would come to recognize. She sighed, took off her glasses and put them on top of her head, swiveled her chair, removed her rings, and applied lotion to her hands. (Really, she could have stopped at the sigh, I got the point. But I came to appreciate the routine because it gave me time to steel myself for what was to come.)

Maybe I didn’t lead with the best approach, “The second transaction is wrong.”

“Why would you think that!” She said. Loudly. Not really as a question.

I held out the paperwork. “Well, the amount on the second ni…”

“You’ve been here a WEEK, why would you think YOU know what’s WRONG?”

Oddly, this did sound like a question. So I reordered my papers and turned them in her direction, “See, on night one we…”

“I KNOW HOW IT WORKS.” Friends, I don’t think this was actually shouted, but it might as well have been.

I stopped talking. Looked at Stacy. Looked at the paperwork. Tried a different tack, “Yes, but on the second night we take 2% of a lesser…”

“I don’t SEE how anything YOU’RE going to tell me is going to change what I JUST SAID.”

“But it’s math,” I said weakly, gesturing at the papers.

I know this was shouted because a coworker several cubicles over asked me about it at lunch. And no joke, this was the moment I decided to go to law school.

It may seem weird, but I turned this event over in my head a lot when I was younger. Because the end of the story was this: I did it the way she told me. Eventually, she left and guess who got put in charge of the account and had to fix years of historical transactions that were wrong? (You guessed it, this whipper-snapper with the math skills.)

When I was working overtime, digging for records that needed to be fixed (because in pre Y2k there was no search functionality), I’d ask myself what I could have done differently. Because it was math, not an opinion, I knew I wasn’t wrong. And if I’d managed to change that one moment when I weakly said, “but it’s math,” and instead fought for my position, I could have saved a lot of people a lot of upset phone calls, letters, and work - including myself.

Here’s the thing, it was never my job to have done it differently. It was my employers’ job to have fostered an environment in which I could point out mistakes and be part of a team to fix them. Stacy had a boss and Stacy’s boss had a boss and in spite of the shouting, and the file throwing, they never said anything about it because she was good at executing and getting people to “DO IT THE WAY I TOLD YOU.” They didn’t see the harm because the work was getting done. Incorrectly, but it was getting done.

When I left the firm, Stacy’s boss’s boss (by then, my boss’s boss) said to me, “We’re so sorry to see you leave, you’re one of our best employees. You would have had an amazing career here.” I’m certain they never tied my leaving to the sighing, shouting, or file throwing (because they personally didn’t do those things), but it made all the difference to me.

The term “psychological safety” heard without context sounds soft. The first time I heard it, I pictured this: 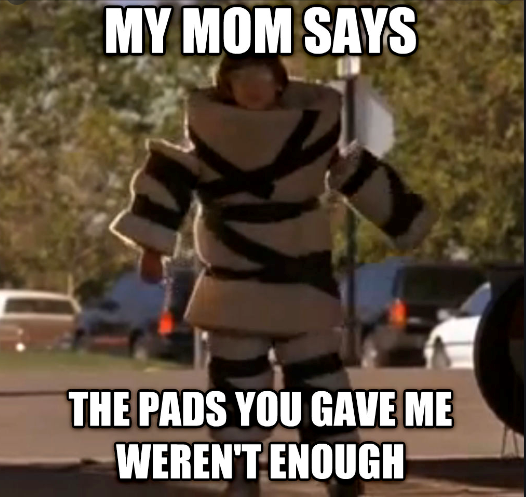 It looks like it would get in the way of getting work done. Employers may think, “I didn’t hire people to hold their hands all day, but to get work done.” In that atmosphere, a voice raised or file thrown, may seem like it’s not that big of a deal. Your employees are adults, the world is sometimes rough. Just do your work.

This type of attitude misses what psychological safety is all about and what the lack of it can do to a workplace.

Safety is more than surface deep, more than going to work and knowing someone isn’t going to yell at you.

Remember Stacy’s routine that told me my coming to her was a burden? There absolutely were days I chose to delay talking to her when I needed to, because I didn’t want to feel useless or stupid when I walked up to her desk.

In Amy Edmonson’s TED talk,  Building a psychologically safe workplace, she gets a laugh when she says, “No one wakes up in the morning and jumps out of bed because they can’t wait to get to work today to look ignorant, incompetent, intrusive, or negative.”

The story I told above had layers of problems. First, a problem with real legal and economic consequences was allowed to fester long after it was identified. Second, a direct report hesitated to get help when she needed it, which harmed the firm and its clients. And finally, the firm invested real money and energy in an employee who had checked out (not a good use of resources). Imagine if that conversation with Stacy had been about seeking answers, instead of doing it “the way I told you!”

The consequences of dismissing safety are real: teams that fail to create expectations and workplace cultures that prioritize psychological safety are, in all actuality, limiting their teams’ ability to innovate and excel.

Safety, communication, and alignment: in that order, and all at once

What are high-potential managers and how do you identify them?

What are high-potential managers and how do you identify them?

This is a three-part series about high-potential managers. It's intended for organizational leaders and/or learning and ...

Aligning team goals to company strategy makes for clear priorities and healthier teams. The pace of change is faster tha...