The word authenticity is used so often these days; it almost seems like a fad. Will it eventually fall by the wayside? Doubt it. Millennials, and especially Gen Z, seem to care deeply about sincerity and authenticity. This means the strict compartmentalization of ourselves, where we show up to different people and places limiting the parts of ourselves that we share, is coming to an end. In tough times, however, this does present some challenges.

It feels like we talk about authenticity too much. It’s everywhere these days. We talk about it so often, it almost feels, well, inauthentic. So what does it really mean to be authentic? At its core, being authentic means being a human. It’s talking to and treating others (and yourself) as you would your close friends or family.

Is being authentic a fad or something that will eventually fall by the wayside for another buzzword or philosophy? Of course not. But what has outlived itself is the strict compartmentalization of ourselves, where we show up to different people and places limiting the parts of ourselves that we share.Throughout Brene Brown’s first TED Talk, “The Power of Vulnerability,” she names many of her own insecurities and vulnerabilities. She was authentic, and people were so thirsty for it that more than 58 million of us have watched it over the last decade.

To be sure, it’s a bit of a generational thing. Put a group of Boomers in a room together, you might not find as much authenticity as you would in a room of Gen Z’ers — like I was a few weeks ago. My son’s swim team held their end-of-the-year banquet, and I was struck by how much a group of teenage boys, as well as their coach, were willing to share stories with emotion. Many of them choked back tears as they expressed their love and appreciation for one another — and again, we’re talking about a testosterone-filled room of teenage athletes.

It’s not just boy’s swim teams though. It’s also college graduates just starting their career and young adults finding success in the workplace. They are more willing than ever to be authentic with themselves and each other, and they expect it from the organizations they work for, too.

For a guy like me, this is exactly what I was looking for decades ago when I entered the workforce. Back then, if you wanted anything more than a decent job with hours that wouldn’t crush you, a paycheck that covered your bills every month, and a path forward for your career, you had one option: nonprofits. And, let’s be honest, the hours and paychecks weren’t that great. Meanwhile, corporations were only about money, and at the end of the day, companies with moral hearts and cultures just didn’t seem to exist. No where I could find them, anyway. 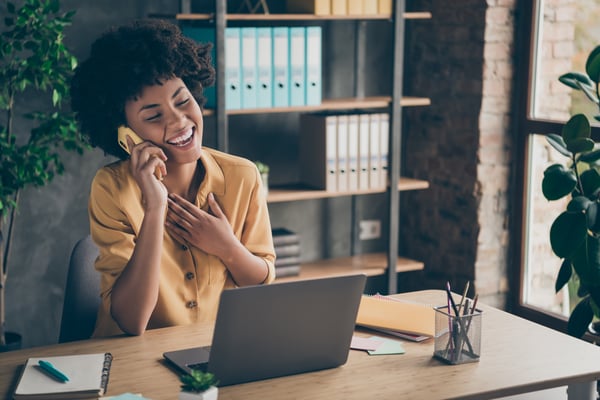 Thankfully, today, they most certainly do. Beyond nonprofits, there are all kinds of for-profit enterprises that are also changing the world. They not only allow, but actively encourage, their employees and customers to be themselves.Authenticity has arrived.

But, as with all good things, this shift has presented its own challenges. Authentic or not, at the end of the day, we’re expected to carry out the responsibilities of our jobs, making money for the company, and adhering to different legal and HR constraints. As a manager, maintaining authenticity can be difficult, especially when a company is going through a shift or crisis, and it’s your job to toe the party line.

There’s no simple answer, but if you start early, before times get tough, you can make it a little bit easier. The time to be authentic is now, so that later, when maybe you can’t be as authentic as you’d like, your team trusts you.

It’s also easier to be authentic in tough situations later if you start practicing them today. Even if your company isn’t going through an acquisition or a PR crisis, you likely have some difficult conversations on the horizon, or a few questions you’ve been avoiding asking because you don’t know if you’ll like the answer.

Instead of falling into escape and avoidance patterns, see it as an opportunity to practice honest conversations. Build the foundation of trust, authenticity and openness when it comes to smaller misalignments and shifts, so that when the big ones come later, your team believes it when you say “Here’s all I can share now, I’ll share more later when I can.”

For many of us, with the state of the world and the economy, it may seem like these tough times are closer than they’ve ever been. So there’s no better time than now to start being authentic and vulnerable with your team, and inviting them to do the same.

If the tough times are already here for you, lLean as much as possible into openness, within the constraints set by your organization. If tough times are still on the horizon for you, use this time to your advantage. Either way, Lead Belay is here to help you find, understand, and create authenticity within your teams. Reach out to find out how today.

Confident vulnerability as a manager

Confident vulnerability as a manager

On a biological level, our five senses (sight, smell, hearing, touch, and taste) allow us to form connections with other...

Safety, communication, and alignment: in that order, and all at once